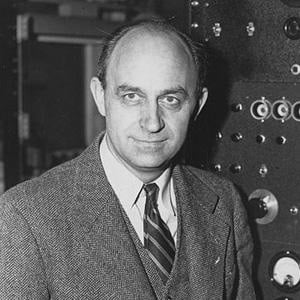 Italian physicist who is best known for his work on Chicago Pile-1, the first nuclear reactor. He also made great contributions to the field of quantum theory and his research of induced radioactivity won him the Nobel Prize in Physics in 1938.

He studied science with a newfound passion after the untimely death of his older brother.

He came to work on the Manhattan Project after leaving Italy due to the country's new racial laws that discriminated against Jews like himself.

He got married to Laura Capon Fermi in 1928.

He worked with Albert Einstein on the atomic bomb as a part of the Manhattan Project.

Enrico Fermi Is A Member Of