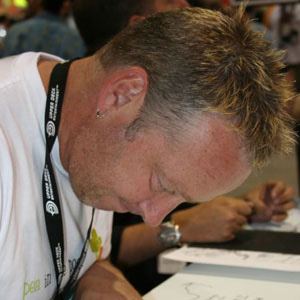 Award-winning comic writer who has worked almost exclusively with Marvel, where he helped create comics like DC's Hellblazer and The Spectacular Spider-Man. He has also worked on video games including the Legacy of Kain, Twisted Metal Black and God of War series.

Before relocating to the United States, he earned a degree in English from a college in England.

He and his partner, Jae Lee, earned an Eisner Award for their work on the series Inhumans, produced by Marvel Knights.

He was raised as an only child in the UK.

Both he and cartoonist Alex Robinson have won Eisner Awards.

Paul Jenkins Is A Member Of