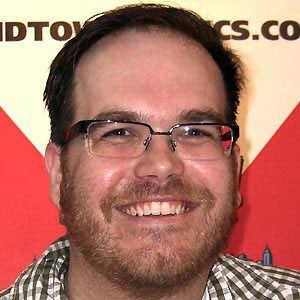 Comic book writer and artist most known for his comic, Box Office Poison. He won the highly coveted Eisner Award in 2001 for his talents.

He graduated from the School of Visual Arts in New York, where he studied under greats like Will Eisner and Gahan Wilson.

He was the recipient of the Eisner Award in 2001.

He was brought up in Yorktown Heights, New York.

He and screenwriter Joseph Petrick both studied at the School of Visual Arts in New York.

Alex Robinson Is A Member Of