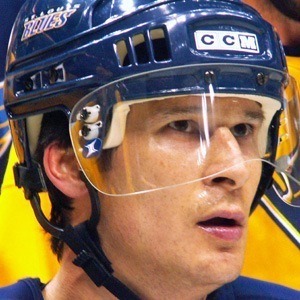 Former captain of the Anaheim Mighty Ducks who was a seven-time NHL All-Star. He scored 50 goals for the Ducks during the 1995-96 season.

He joined the Mighty Ducks from the junior leagues and was selected to the NHL's All-Rookie Team.

He became the longest-serving captain for the Mighty Ducks at eight years, during which he set team records for the highest plus-minus and most OT goals.

Both of his parents were schoolteachers, and his younger brother, Steve Kariya, played for the Vancouver Canucks.

He and Teemu Selanne were a potent one-two combo on the Ducks for many seasons.

Paul Kariya Is A Member Of