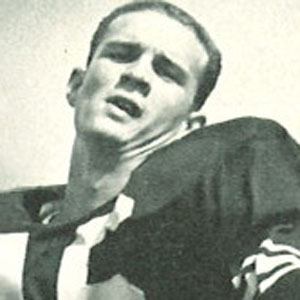 NFL Hall of Famer who set the record of 81 interceptions as a defensive back for the Washington Redskins and the Minnesota Vikings.

He was an All-American in football and baseball during his time at the University of Iowa.

He was named to the All-NFL first team during his rookie year with the Redskins.

His legacy was carried on by future Redskins defensive backs, such as the incredible Darrell Green.

Paul Krause Is A Member Of