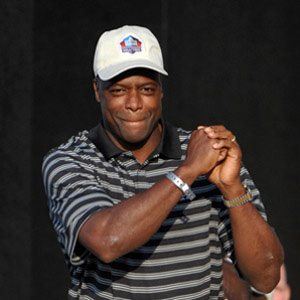 Cornerback who was one of the fastest players to ever play in the NFL. He spent his entire 20-year NFL career with the Washington Redskins, winning two Super Bowls and being selected to 7 Pro Bowl teams.

He walked on in high school and became an All-City selection.

His most memorable NFL moment came in the 1987 NFC title game when he broke up a Vikings 4th down pass.

He married Jewell Fenner in 1985 and had two sons, Jerrell and Jared, and a daughter, Joi.

Deion Sanders was often compared to him for his great play in the secondary.

Darrell Green Is A Member Of