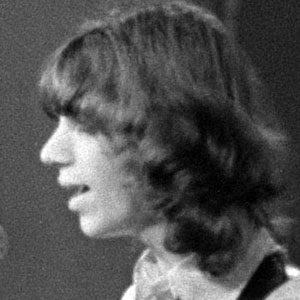 English bass guitar player and vocalist known for his work with the pop band The New Seekers. He also had a childhood career as an actor, appearing in three hundred films and television episodes by the time he was seventeen.

He dropped out of school in his early teens to pursue acting training at the Aida Foster Stage School. He joined The New Seekers in 1970.

In 1969, he signed a solo recording contract and recorded his debut single, "Mister Mister."

He was born and raised in Buckinghamshire, England. His daughter, Lucy Layton, became a singer and fashion model.

In his youth, he appeared alongside actress/singer Judy Garland in the 1963 film I Could Go On Singing.

Paul Layton Is A Member Of