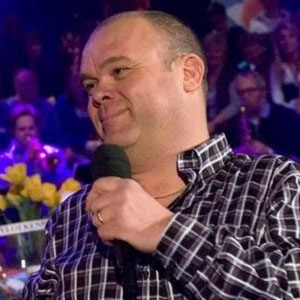 Dutch television personality, actor and singer who gained popularity in the late 80's and early 90's as the host of various comedy shows. He released his debut album Voor u Majesteit in 1991 and has gone on to record more than a dozen albums since then.

He was born in Rotterdam and appeared in his first film in 1989.

He wrote the introduction to the book The Eurovision Song Contest - The Official History.

He married Stephan Nugter, with whom he has adopted children named Kas and Tobey.

Paul De Leeuw Is A Member Of