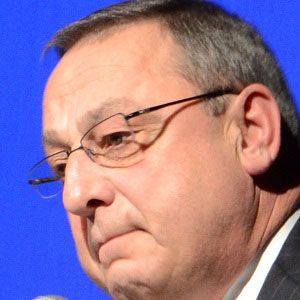 Republican politician who became the 74th Governor of Maine in 2011 after previously serving as the Mayor of Waterville for two terms.

He spent two years homeless after he ran away from home because of his abusive father.

Despite being born in the US English was a second language to him and he spoke French in his house growing up because his parents were both French-Canadian.

He has four children from two separate marriages and he has seventeen younger siblings.

He got into hot water when it was reported that he said that President Barack Obama "hates white people."

Paul LePage Is A Member Of