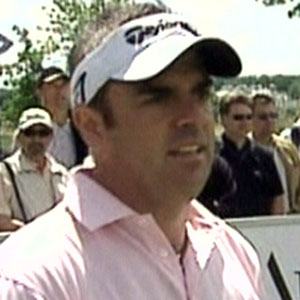 Irish golfer who won the Ryder cup representing Europe four times from 2002 to 2014. He is perhaps most famous for his Cup-winning putt on the 18th hole at the 2002 Ryder Cup.

At the 2014 Ryder Cup, he became the first-ever Irish captain of the European Ryder Cup team.

He married a former women's golfer named Alison. They have a daughter named Maia.

He defeated Spain's Sergio Garcia by two strokes at the Volvo Masters in 2005.

Paul McGinley Is A Member Of