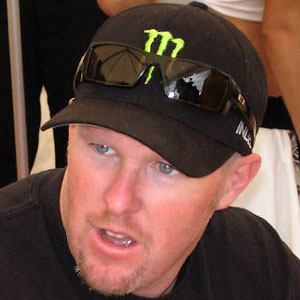 Canadian race car driver who competed in CART, the ChampCar World Series and the IndyCar Series.

He began racing go-karts at Goodwood Kartways near his hometown when he was 10 years old.

He received the nickname "PT" and was known as "The Thrill from West Hill".

He dueled with Helio Castroneves in the 2002 Indianapolis 500 and although Castroneves won the race, there was a good deal of controversy after a late-race caution flag.

Paul Tracy Is A Member Of