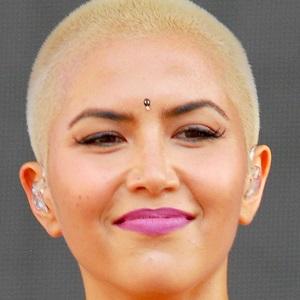 Former of the girl group G.R.L. whose single "Wild Wild Love" went Platinum three times on the Australian Recording Industry Association chart. The group disbanded in 2015 but reformed in December 2016 without Van Oppen. She auditioned for season 5 and 6 of So You Think You Can Dance.

She was just 3 years old when she started dancing and performing. She elected to move to Los Angeles rather than attend Juilliard.

She became a member of The Pussycat Dolls in 2012.

She is from Orange County, California.

She performs in G.R.L. alongside Lauren Bennett.

Paula Van Oppen Is A Member Of