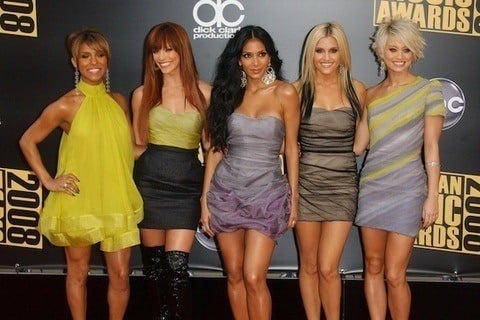 Formed as a burlesque group by choreographer Robin Antin. They had two headlining tours, PCD World Tour and Doll Domination Tour. The original group broke up in 2010 after Nicole Scherzinger left.

Interscope Records made an attempt to expand the brand with the 2007 reality show Pussycat Dolls Present: The Search for the Next Doll.