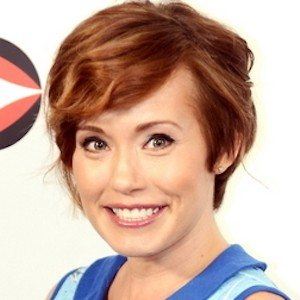 Actress who is known for her work in both live-action and animated films and TV. She has appeared as a recurring character on various TV shows, including Knights in Hyrule, for which she voiced the famous video game character Zelda.

She graduated from the University of Missouri with a degree in journalism. While there, she lived and studied abroad in London, England. During these years, she also became Miss Junior Missouri and was crowned Miss Junior America.

As a voice actress, she has voiced a multitude of films, TV shows, and video games. Between 2012 and 2015, she regularly voiced the characters Stacie and Skipper on the TV short series Barbie: Life in the Dreamhouse. In 2013, she provided various voices for the video game Grand Theft Auto V.

She was born in Deerlodge, Montana, and raised in St. Louis, Missouri.

She appeared as a voice alongside Shawn Fonteno in the Grand Theft Auto V video game.

Paula Rhodes Is A Member Of