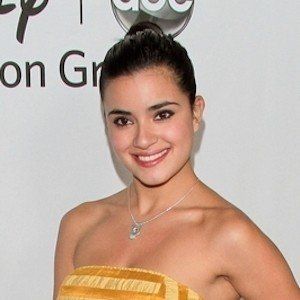 Film and television actress who is predominantly known for her portrayal of Sayra in Cary Joji Fukunaga's Sin Nombre. In 2015, she was cast as Tata Escobar on the Netflix original series Narcos.

She made her acting debut on a 1992 episode of Mujer, Casos de la Vida Real.

She was cast on the ABC Steven Spielberg series The River.

She starred alongside Kevin Kline in the 2007 film Trade.

Paulina Gaitan Is A Member Of