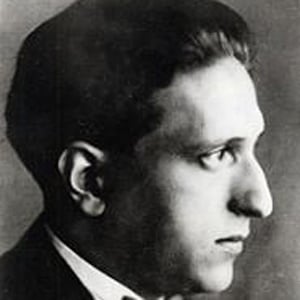 Czech composer who was killed during the Holocaust. He was remembered for his song cycles and string quartets. He loved folk and jazz.

He studied composition with Jan Kunc and Vilém Petrželka at the Brno Conservatory from 1919 until 1921. He then took a master class with composer Leoš Janáček.

He was forced to appear in the Nazi propaganda film "Der Führer schenkt den Juden fine Stadt" while he was a prisoner at the Theresienstadt concentration camp.

He was the son of a shoemaker. He married Sona Jakobson in 1935.

He was murdered because of the tyrannical, despotic policies of Adolf Hitler, one of many artists whose lives were brought to a premature end by the Nazi regime.

Pavel Haas Is A Member Of