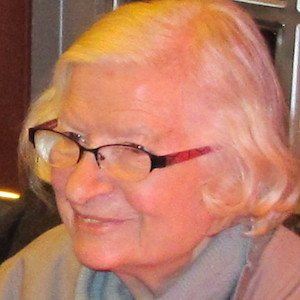 An English crime writer, she is best known for her popular mystery series featuring the poetic detective, Adam Dalgliesh. Her non-serial works include Innocent Blood (1980), The Children of Men (1992), and Death Comes to Pemberley (2011).

She worked in a tax office after dropping out of high school at age sixteen. She published her first Adam Dalgliesh novel, Cover Her Face, in 1962.

For her notable contributions to fiction and popular culture, she was named an Officer of the Order of the British Empire in 1983.

She grew up in Oxford, England. She had two daughters, Claire and Jane, with her husband, Dr. Ernest Connor White.

Her book inspired the 2006 film, Children of Men, which starred Clive Owen .

PD James Is A Member Of