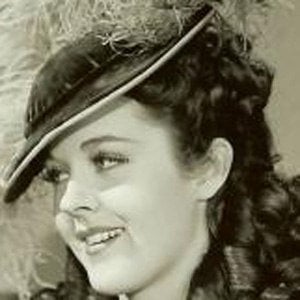 As one of Hollywood's 'scream queens' or 'shrieking violets,' she starred in nearly 40 B-movies from the late '30s to the early '40s.

She reportedly was inspired to act after meeting a psychic, who after an introduction said to her, 'Ah, an actress.'

In addition to horror films, she was in the comedy One Night in the Tropics, the adventure film Drums of Congo, and several Westerns, including King of the Cowboys.

She was married to film director Henry Koster.

She starred in the 1939 film Ninotchka alongside Greta Garbo.

Peggy Moran Is A Member Of