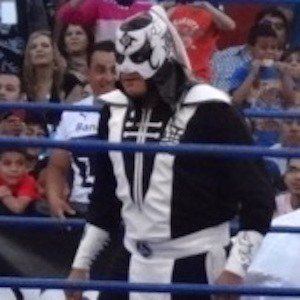 Luchador known for his work with the Asistencia Asesoria y Administracion and Lucha Underground. He's also performed as Dark Dragon and Zairus.

He started wrestling in AAA in 2010 and became part of Lucha Underground in 2014.

He's also wrestled in Pro Guerrilla Wrestling, All American Wrestling, and on the Mexican Independent Circuit.

He comes from a wrestling family; his father wrestled under the name Fuego; while his brothers performed under the ring names Fenix and Nino de Fuego.

He has trained with Teddy Hart.

Pentagón Jr. Is A Member Of