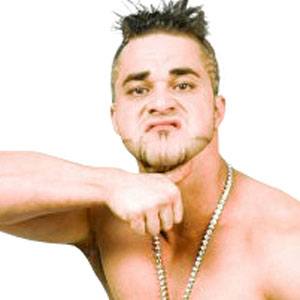 Scion of the Hart wrestling family who spent time in the Mexican AAA promotion and gained notoriety in the WWF.

He started wrestling in his teens, teaming up with his cousin in the Calgary-based Stampede Wrestling promotion.

After going off-script with his moves at a Ring of Honor show in New Jersey, he was kicked out of the WWF and banned from many other promotions.

His grandfather was Stu Hart and his uncles Bret and .

He wrestled in the TNA Wrestling promotion for a while, until a real life confrontation with CM Punk prompted his dismissal.

Teddy Hart Is A Member Of