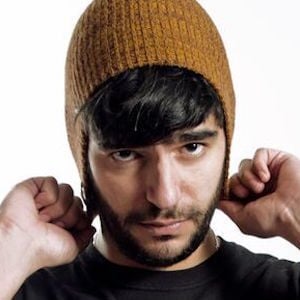 Mexican YouTuber known for his vlogging channel of more than 2.6 million subscribers. He is also the vocalist and guitarist for the rock band Sputnik.

In March 2014, he posted his first YouTube video, "Pícala," which earned more than 1 million views.

Many of his most popular videos, like "MIRREY," "STRAPPY," and "TATUAJES," have earned upwards of 2 million views.

He was born José Salazar in Mexico.

In September 2015, he posted a photo on Instagram with idol Tony Hawk.

Pepe Problemas Is A Member Of