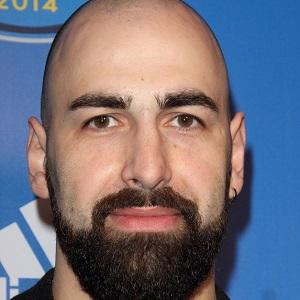 Macedonian-born professional basketball player who signed with the Atlanta Hawks in 2013.

He was named MVP of the Bulgarian National Basketball League in 2008.

He became a member of the Republic of Macedonia's national basketball team.

He wed Ruzica Antic in 2006, and their first son, Luka, was born in the first years of their marriage.

He became teammates with Al Horford on the Hawks in 2013.

Pero Antic Is A Member Of