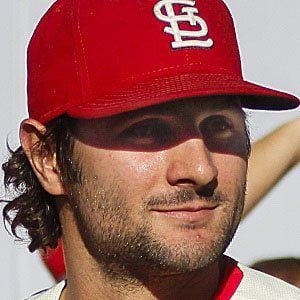 Infielder who was drafted by the St. Louis Cardinals in the first round of the 2007 MLB Draft and made his major league debut in 2011. He was a member of the postseason roster on the Cardinal team which won the 2011 World Series over the Texas Rangers.

He attended Owasso High School in Owasso, Oklahoma and played for three minor league teams in his first professional season.

He drove in the go-ahead run which led the Cardinals to an improbable comeback victory against the Washington Nationals in the final game of the 2012 NLDS.

His family is from Oklahoma.

He has played alongside multiple-time All-Star catcher Yadier Molina in St. Louis.

Pete Kozma Is A Member Of