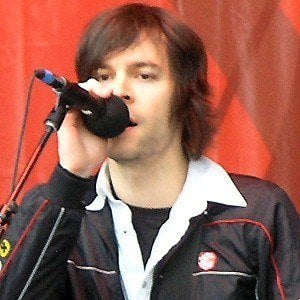 Lead singer, guitarist, and a founding member of the alternative metal band Chevelle.

He started out with Chevelle playing guitar and singing with his brother Sam on drums in their parents' garage.

He also has a brother named Joe who played bass and backing vocals for Chevelle until he was kicked out in 2005. He has been married to a girl named Renate.

He grew up listening to Robert Smith and The Cure, which he said influenced his own music.

Pete Loeffler Is A Member Of