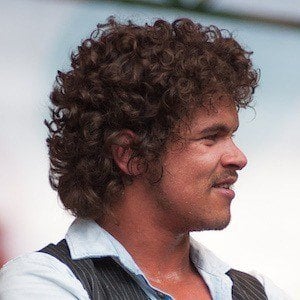 Singer/songwriter who rose to fame after competing on the fourth season of the talent show program Idol. He would go on to finish in third place, which led to him launching a successful career as a solo recording artist.

During the audition round of Idol, he performed J. Karjalainen's ""Mies jolle ei koskaan tapahdu mitään."

His debut album hit the number one position on Finland's popular music chart in 2009.

He and his wife Johanna von Hertzen welcomed their first son in 2015.

Pete Parkkonen Is A Member Of