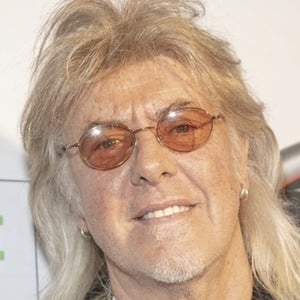 British guitarist and member of the pop rock band Player and who also pursued a solo and a songwriting career.

His first band was called The Thoughts.

He saw The Beatles perform before they were famous.

He saw Paul McCartney play at the famed Cavern Club in The Beatles' early days.

Peter Beckett Is A Member Of