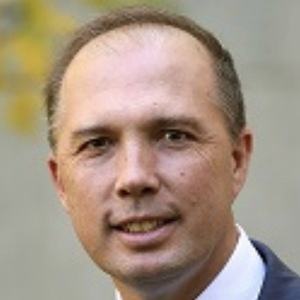 Australian politician known for being a part of the Liberal Party and for working as Home Affairs Minister, Minister for Immigration and Border Protection, Minister of Health and Sport, and as a member of the Australian Parliament for Dickson. He is a self-described right-wing populist.

He attended Queensland University of Technology where he earned his bachelors of business. He was first elected to the Division of Dickson in 2001 and in 2004 earned the position of Minister of Workforce Participation.

He is known for his involvement in the Au Pair Scandal where he hand selected certain au pair individuals to speed up visa decisions to avoid deportation. The story was covered in several press outlets including The Guardian, The New York Tines, and Daily Mail.

He married his wife Kirilly in 2003 and together they have two sons. He also has a daughter from a previous marriage.

He challenged Malcolm Turnbull for leadership of the Liberal Party.

Peter Dutton Is A Member Of