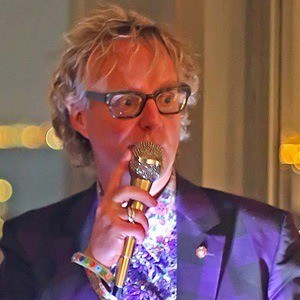 Elected president of the American Institute of Architects in 2012; co-founded Chicago firm Architecture Is Fun in 1994. He was awarded the 1996 AIA Chicago Young Architect Award and the 2003 AIA Illinois Excellence in Education Award.

He worked on the DuPage Children's Museum, the House in the Woods, the enormous 21,000 square-foot Oak Lawn, Illinois, Ronald McDonald House, the Exploration Station children's museum, and various exhibits and galleries for the Young at Art Museum in Davie, Florida.

He married Sharon Exley, who also became his business partner. They were both honored with the 2012 Benjamin Moore HUE Award because of their creative and innovative incorporation of color in their commercial architecture.

He was born in the same country as architect Christopher Wren.

Peter Exley Is A Member Of