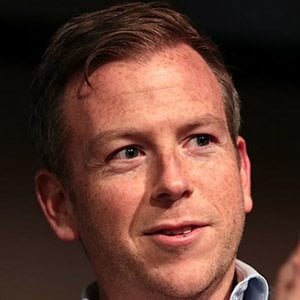 American political journalist whose fame escalated when he became the host of Good Luck America on Snapchat. He's also worked as a reporter for CNN and has been a contributing writer for Vanity Fair.

He received his master's degree in journalism from New York University in 2004.

He won an Edward R. Murrow Award for his political coverage on Snapchat in 2017.

His mother Tressa is a film editor and his father Bill is a television producer.

He covered the presidential campaigns of Hillary Clinton, Mitt Romney and John McCain.

Peter Hamby Is A Member Of