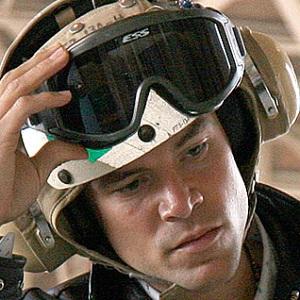 South African actor who played the role of Sgt. Darrel Powers in the HBO miniseries Band of Brothers. He also starred in the 2002 film AKA.

He went to the Mill Hill School in London and after graduating, he started his acting career appearing in television commercials.

He appeared in the film The Beach with Leonardo DiCaprio.

He was born to an American mother and English father.

He got his big break in the Tom Hanks mini-series Band of Brothers.

Peter Youngblood Hills Is A Member Of