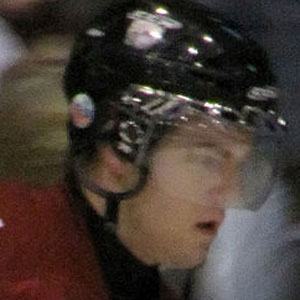 Center who made his NHL debut in 2011 for the Anaheim Ducks after being drafted 15th overall by the team in 2009.

He played for the Guelph Storm in the Ontario Hockey League.

In 2010, he debuted in the AHL for the Syracuse Crunch.

He was born in Caledon, Ontario, Canada.

He became winger Corey Perry's teammate on the Ducks in 2011.

Peter Holland Is A Member Of