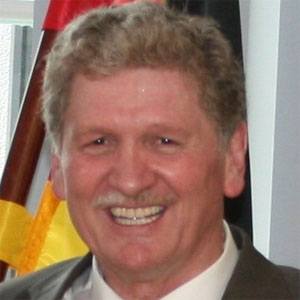 Heavyweight fighter who won a bronze medal at the 1972 Summer Olympics in Munich, while representing West Germany.

He was a talented youth boxer, before making his Olympic debut as a 24-year old.

In 1982 he won a bronze medal at the World Amateur Championships.

He was born in Brachbach, Sieg, Germany.

He made his final Olympic appearance in 1984, at the Summer Olympics that featured boxer Evander Holyfield.

Peter Hussing Is A Member Of