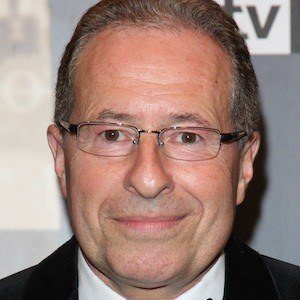 Best-selling and award winning crime author behind the Roy Grace series. Also heavily active in film and television, he has written and produced for projects like Five Moons Square, The Bridge of San Luis Rey, and The Statement.

He snagged his first job at sixteen as an assistant to notable theater critic Jack Tinker. Shortly after he became the house cleaner for Orson Welles.

He has co-founded multiple entertainment and publishing companies like Ministry of Vision Ltd and Movision Entertainment Limited. Each company produced numerous films and television series.

His mother Cornelia was a glovemaker to Queen Elizabeth II, his father the accountant for the business, and his sister Genevieve continued to supply gloves to the royal family following Cornelia's death.

He executive produced The Merchant of Venice, a BAFTA-nominated film directed by Michael Radford.

Peter James Is A Member Of