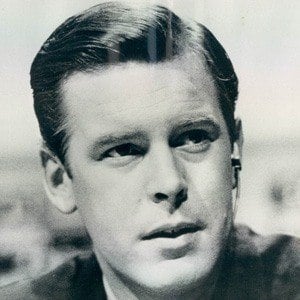 Broadcast journalist who served as the ABC World News Tonight anchor from 1983 until his death in 2005. He covered numerous world-changing news stories, including the 9/11 attacks of 2001 and the 1991 start of the Gulf War.

After dropping out of both high school and college, he worked briefly as a bank teller and an actor. He began his career as a broadcast journalist with the Ontario radio station CFJR-FM.

During the 1960s and 1970s, he was a Middle Eastern correspondent for ABC.

He married his fourth wife, TV producer Kayce Freed, in 1997. His third wife, Kati Marton, worked as a reporter for ABC and NPR.

He, Tom Brokaw, and Dan Rather were considered the three major news anchors of their era.

Peter Jennings Is A Member Of