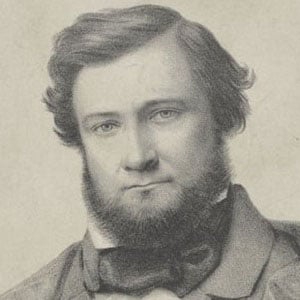 Famous for his leadership of Australia's Eureka Rebellion of 1854, this activist went on to pursue a political career, eventually serving on both the Legislative Council and the Legislative Assembly of Victoria, Australia.

After studying civil engineering at Trinity College, Dublin, he worked in the railroad construction industry in Australia and subsequently joined the Victorian Gold Rush.

His political appointments in Victoria included Postmaster General and Commissioner of Trade and Customs.

One of eleven sons born in Laois, Ireland, to Patrick and Ann Lalor, he later settled in Victoria, Australia, with his wife Alicia Dunne and his children Annie and Joseph.

He and first Australian Prime Minister Edmund Barton were both born during the Nineteenth Century.

Peter Lalor Is A Member Of