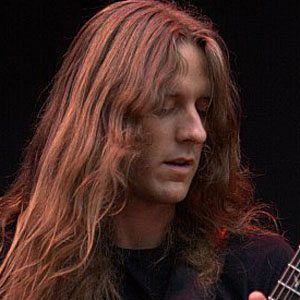 Death metal guitarist and songwriter known for his work with the Swedish band Opeth. In 2004, Guitar World ranked him as one of the top fifty guitarists in the history of heavy metal.

Initially a substitute bassist for Opeth, he eventually became the group's lead guitarist.

He earned advanced degrees in both philosophy and physics.

He quit Opeth to spend more time with his family.

He was a contemporary of fellow heavy metal musician Zakk Wylde.

Peter Lindgren Is A Member Of