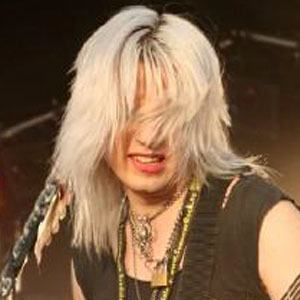 Swedish musician best known as the bassist for the band Crashdiet and as the one man band Alter Egon.

He first appeared with the band Paradice on their 2002 album Pain And Pleasure.

He plays all the instruments in his Alter Egon project.

He was married to former Miss Sweden Isabel Lestapier Winqvist from June 2010 to March 2012.

He and Tim Skold are both famous bassists from Sweden.

Peter London Is A Member Of