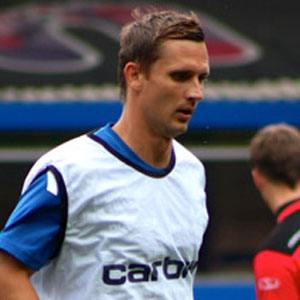 He began his professional career with Akademisk Boldklub in 1998.

He was born in Horsholm, Denmark.

He and goalkeeper Stephan Andersen were teammates on Denmark's national team.

Peter Lovenkrands Is A Member Of