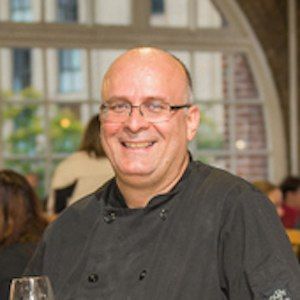 Greek-Canadian chef and writer who authors the food blog Kalofagas Greek Food & Beyond which specializes in Greek cuisine. He also authored the recipe book Everything Mediterranean Cookbook.

He previously worked as a financial advisor.

He was named as an honorary chef chair at the 2016 National Hellenic Museum’s Kouzina.

His Greek roots are from Florina and he is a native of Toronto, Canada.

He and Spike Mendelsohn are both Canadian chefs.

Peter Minaki Is A Member Of