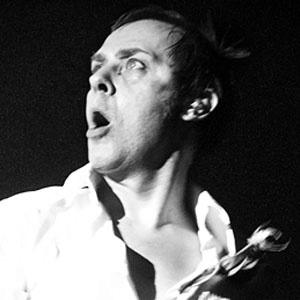 Vocalist of the rock group Bauhaus who has also released successful solo works like the album Deep.

He appeared in the opening sequence of the horror film, The Hunger.

He is often called the Godfather of Goth because his work with Bauhaus was so influential on goth music.

He married Beyhan Murphy and has two children, Hurihan and Adem.

He and David Bowie were both in The Hunger.

Peter John Murphy Is A Member Of