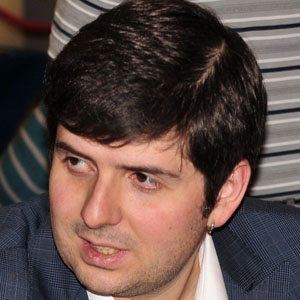 He rose to international chess prominence in 1994 by winning the Russian Chess Championship.

He has won five team gold medals and one individual bronze medal at the Chess Olympiads.

He was born and raised in Leningrad in what was then the Soviet Union.

He and Magnus Carlsen are two of the world's top chess players.

Peter Svidler Is A Member Of