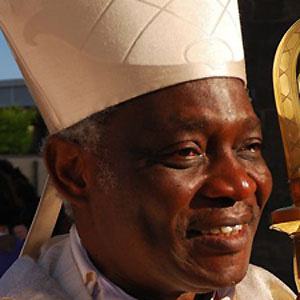 Ghanaian cardinal of the Roman Catholic Church who became the president of the Pontifical Council for Justice and Peace in 2009.

He received a Master's in theology from St. Anthony-on-Hudson Seminary in Rensselaer, New York.

He was seen as a possible successor after Pope Benedict XVI resigned in 2013, but Pope Francis was chosen instead.

His father was a carpenter while his mother sold vegetables at the local market in Western Ghana.

Peter Turkson Is A Member Of