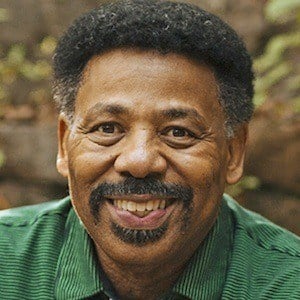 Christian pastor and speaker who founded the Oak Cliff Bible Fellowship in 1976. He also founded The Urban Alternative, which includes his radio and TV broadcasts of The Alternative with Dr. Tony Evans.

He attended the Dallas Theological Seminary, where he studied theology and became the first African American to receive a doctorate in the subject.

He had four children with his wife Lois, who passed away in 2020. One of them, Jonathan Evans, spent four years in the NFL.

Tony Evans Is A Member Of