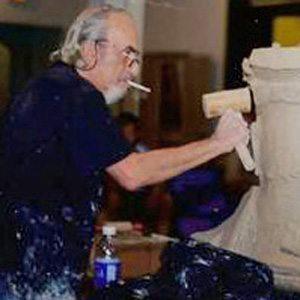 Greek-American Abstract Expressionist artist who was best known for his ceramic sculptures. His 1996 stoneware sculpture "Noodle" was a prime example of his style.

He studied ceramics and painting at Montana State University and later received his M.F.A. from the California College of the Arts.

He worked with ceramics and bronze, and he often created his sculptures in front of a live audience.

He grew up in Montana as the son of Greek immigrants. He married twice and had several children.

His work was influenced by that of Abstract Expressionist painter Franz Kline.

Peter Voulkos Is A Member Of