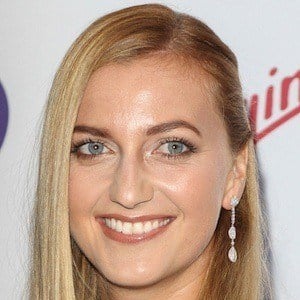 Winner of the 2011 and 2014 Wimbledon Championships and 2011 WTA Tour Championships singles titles. She also reached the semi-finals of both the Australian Open and French Open in 2012.

Her father, Jiri, introduced her to tennis, and she trained until she was 16, after which she decided to go pro.

At the 2011 Wimbledon Championships, she served 36 aces, achieving the record of the third most aces served by any woman.

She was born to Jiri Kvita and Pavla Kvitova in Bilovec, Czech Republic, on March 8, 1990.

As a child, she idolized Czech tennis star Martina Navratilova.

Petra Kvitova Is A Member Of