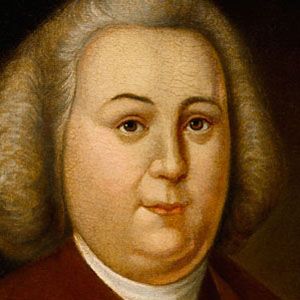 American politician who served as the first and third President of the Continental Congress. Previously, he served as the Speaker of the Virginia House of Burgesses from 1766 to 1775.

He graduated from the the College of William and Mary and studied law at the Middle Temple at the Inns of Court in London where he was admitted to the bar in 1743.

Before Virginia began to seek independence, he served as King's Attorney (Attorney General) of the Colony of Virginia, a post which he resigned in 1766.

He was married to Elizabeth "Betty" Harrison, whose brother was a signatory on the Declaration of Independence.

Peyton Randolph Is A Member Of