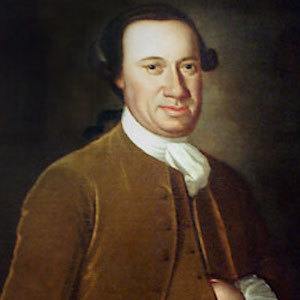 American politician who worked as a merchant and public official from Maryland during the American Revolution. He was the president of the continental congress from 1781 to 1782.

He was privately tutored as a child and worked as a planter and slave owner.

Some unconventional historians consider him to be the first president of the United States, although he held office under the Articles of Confederation.

He was born to parents Samuel and Elizabeth Hanson on a plantation called Mulberry Grove.

He was a public figure during the American Revolution like Paul Revere.

John Hanson Is A Member Of