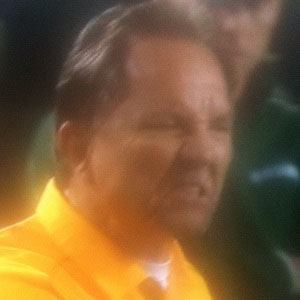 Football coach who has served as the defensive coordinator of college teams like the Pittsburgh Panthers and Baylor Bears. From 2002 to 2007, he was the head coach at Southern Methodist University.

He was born in Marshall, Texas and graduated from Texas A&M in 1978.

He was nominated for National Assistant Coach of the Year during his first season as the defensive coordinator of the Kansas State Wildcats in 1999.

His wife Nancy passed away in August 1999. He has a son, a daughter and two stepdaughters.

He and June Jones have both been the head coach of the SMU Mustangs.

Phil Bennett Is A Member Of