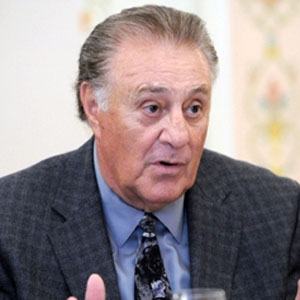 Hall of Fame center who played in six All-Star games and became a member of the exclusive 700-goal club. He led the NHL in goals six straight seasons from 1970 to 1975.

He was drafted by the Chicago Blackhawks to be the centering man for the great Bobby Hull.

He had his best years with the Boston Bruins, where he became the first 100-point scorer in the NHL.

He married Bridget Esposito in 1999 and he has a daughter named Carrie Esposito Selivanov. His brother, Tony Esposito, was also inducted into the Hall of Fame.

He made several appearances on the TV series Rescue Me, starring Denis Leary.

Phil Esposito Is A Member Of