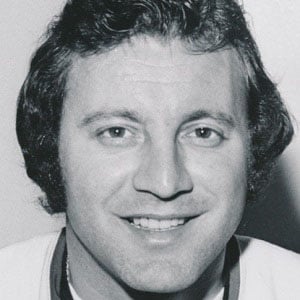 Hockey Hall of Fame goaltender who won a Stanley Cup Championship in 1969 and then became a staple of the All-Star Team for five straight years.

He and his brother grew up obsessed with hockey, practicing every chance they got.

His #35 was retired by the Chicago Blackhawks.

He grew up in a working-class family, and his father was a factory worker.

His brother, Phil Esposito, was also inducted into the Hockey Hall of Fame.

Tony Esposito Is A Member Of